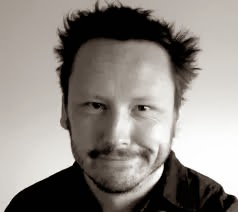 Justin Stephenson is an award-winning filmmaker and animator based in Toronto who has an amazing array of experiences from experimental and feature film, to children's work for TVO, music videos for the Rheostatics and Sarah Slean, and film/animation for Fujiwara Dance Inventions' EUNOIA. On top of being a remarkable and imaginative artist he is also one of the nicest people you could work with.  For more about Justin and his work: http://justinstephenson.com/

Here's his take on EUNOIA:


What were your first impressions about EUNOIA the poem and as you first got involved in Denise's project?

I was surprised by the idea of staging Eunoia as a choreographed work. When Denise and I first met about the project she described her process as a reflection of the constraints used by Christian rather than an expression of the text. I was really excited by the idea of a choreography that organized the idioms of dance around linguistic ideas rather than narrative or expressive ones.

As a filmmaker and moving image designer, the screen is where everything takes place - the moving image is the endpoint. As a part of this production, it became very clear that the video work operated more as a cast member and that its richness and complexity arrive through its interaction with the choreography, performances, the text and musical composition.

My usual impulse when designing for the screen in film and TV is to create an image in which all parts move and interact with each other within the frame and in time. The biggest challenge for me was to reorient the design in a way that was more spacious - to leave space for the interaction between the picture and the performance. With a piece as complex as this, this necessitated a very minimal, elegant approach.

Well I have a few. From a performance perspective, I think that Dull Susurrus Gusts is my favorite. I feel that the choreography, the performance of the text, the video and sound come together in a way that really embodies a love of the text and of language. For me, it perfectly stages the approach of the piece and transports you into another place.

I also love Dutch Smut. Its a filthy display of raw intelligence or an intelligent display or raw filth - I go back and forth on this. I always surprises me makes me laugh. On of my favorite parts of this piece is hearing the dancers work on this text with the voice coach. They repeat sections of the text over and over again which makes me laugh in rehearsals.

What has been your relationship or experience with dance, poetry or a combination of the two in the past?

I started my career making dance films, I have always felt there was a deep kinship in the two mediums in the very fact that they are, at their core, about movement.

I have not worked with dance for well over a decade now due to business -- but also due to poetry. I have a long standing love of avant garde and contemporary conceptual poetry. I have been working on a film for many years based on the work of Canadian author bpNichol.  I even ended up doing a graduate degree based on the project.

I think, in many ways, working on this piece with Fujiwara dance, has brought these two loves of mine together again.

How do you think the process of Eunoia will inform or influence your own work in the future?