March 23, 2015
Hong Kong Exile Arts Association is an interdisciplinary arts company made up of three emerging contemporary artists: Milton Lim (Theatre), Remy Siu (New Music), and Natalie Tin Yin Gan (Dance). These three met as students at Simon Fraser University's School for the Contemporary Arts and have been consistently creating and producing work since 2011 when the company was formed. Hong Kong Exile creates innovative, collaboratively-made work, investigating the possibilities of interdisciplinary work for their diverse, young voices.
They are joining CanAsian Dance Festival 2015 with their quirky, dynamic work NINEEIGHT. Natalie Gan generously answered my questions about collaboration and creative process. 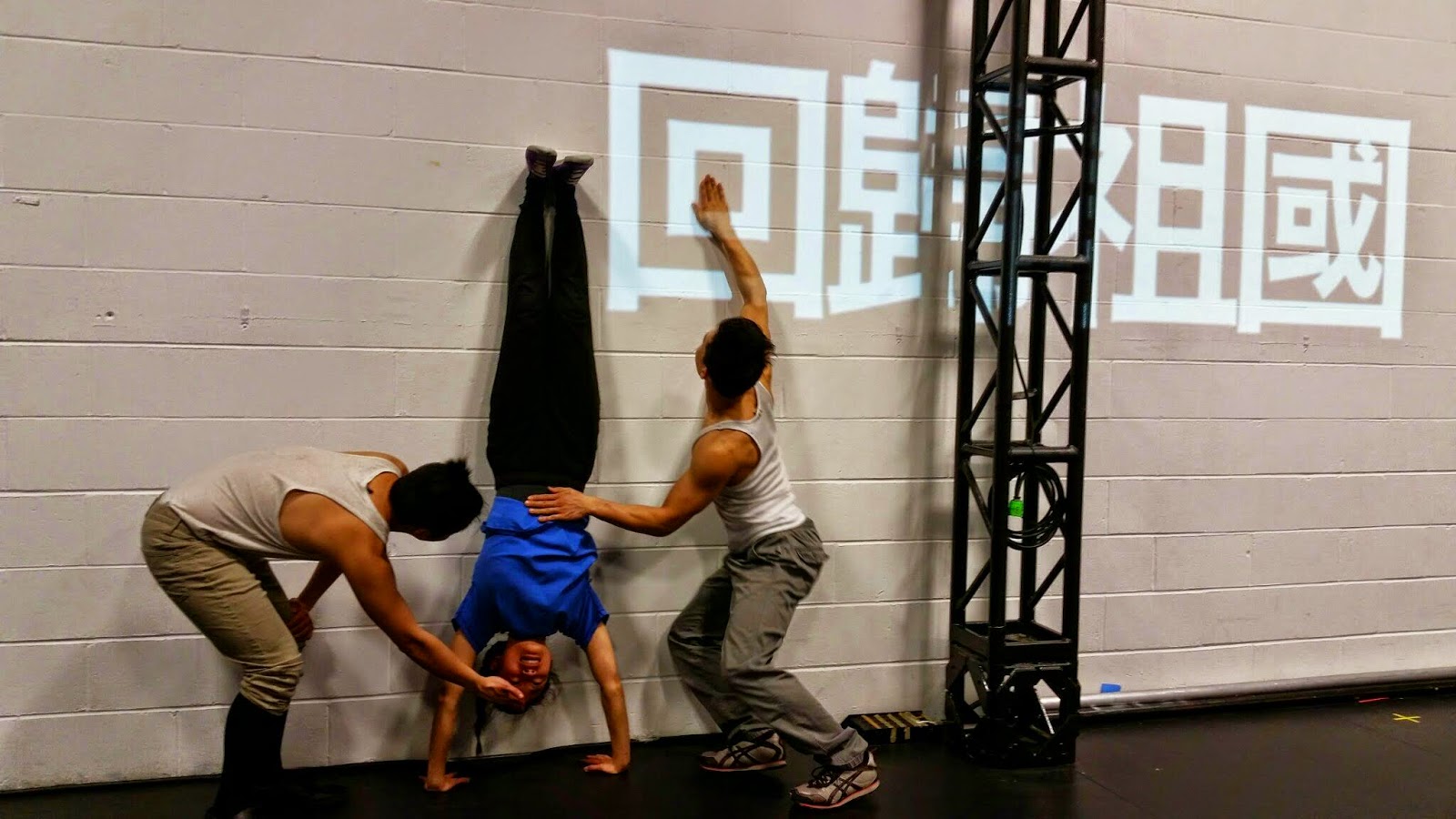 LR: How do your (Hong Kong Exile’s) collaborations work — what is the creative process like?

NG: Because of our shared training at Simon Fraser University, Hong Kong Exile collaborations are greatly influenced by devised theatre where there is no script or a pre-determined outcome. There is generally no interest in hierarchy in the room; we improvise and play. We rigorously discuss and debate over nachos. There's usually a lot of laughter and post-it notes.

LR: In descriptions of NINEEIGHT there is a nod to absurdist humour of 90s Hong Kong cinema — how has this influenced this work or how has it manifested in the work?

NG: Mo Lei Tau form and aesthetic is deeply woven into NINEEIGHT. Humour from mo lei tau often emerges out of timing, archetypal character, juxtaposition, and violence--- and I do believe this is all at play in the work. The more time I spent re-watching these movies of my childhood, the more I saw these films as historical artifacts, cultural nuggets and political reflections. Mo lei tau, in painting itself as low-brow humour, has immense capacity to capture the tragic, the ominous, the political. This has been my driving force and primary obsession through the process of NINEEIGHT's creation.

LR: There is also mention of “personal fractures” in your work — can you speak about this? does that mean personal fractures in a general way, or are there stories or experiences very specific to any of you?

NG: My reference to "personal fractures" is meant more generally. It speaks to shared crises of identity, belonging, and home as result of historical/contemporary legacies of colonialism, mass migration, globalization, war, and more. Of course, for the three of us as second-generation Chinese Canadians, we each are confronted with these fractures in a multitude of ways. 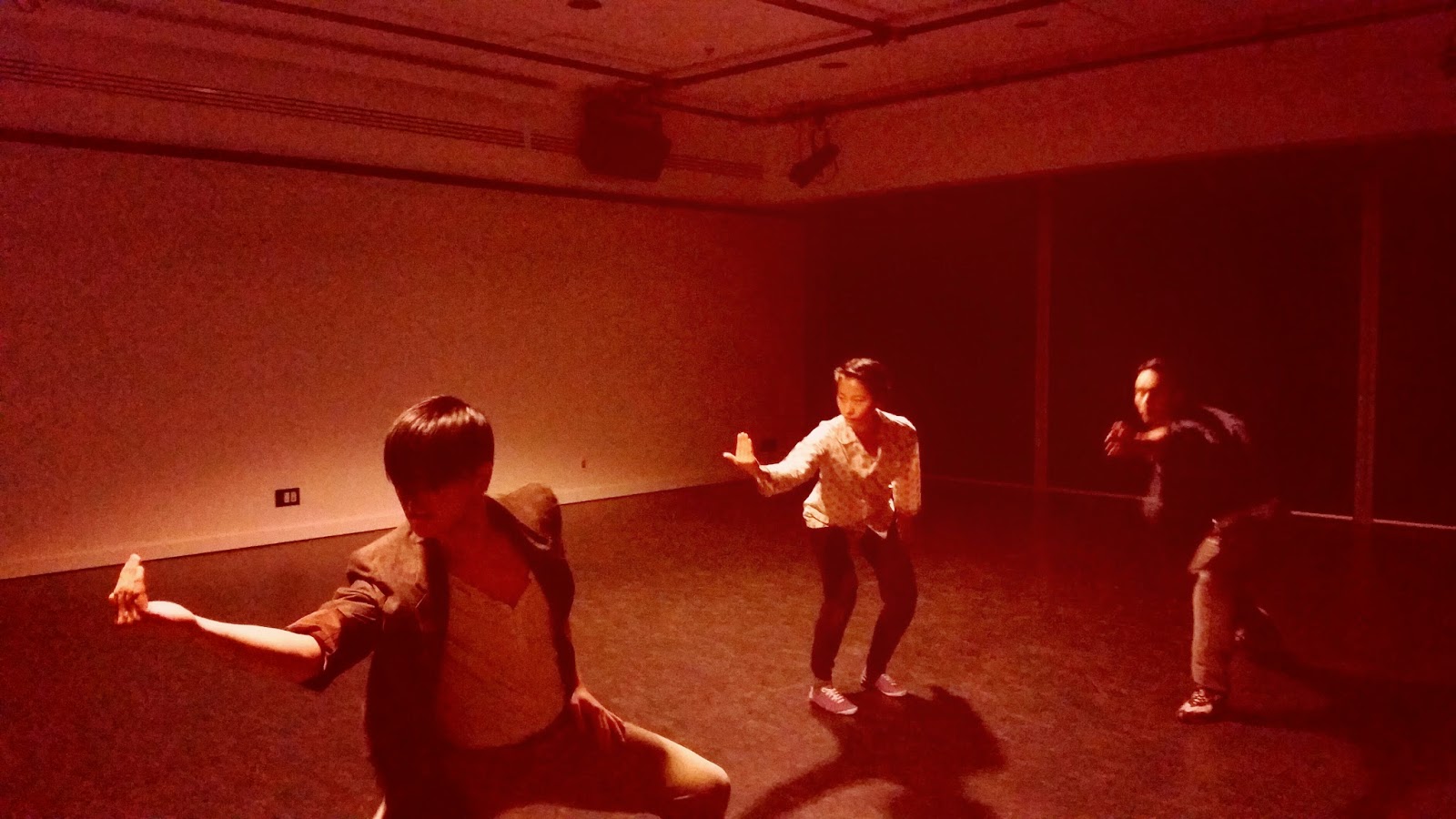 LR: And how do these fractures emerge in the choreography?

NG: These fractures are imbedded in nostalgia, longing, searching, chasing. Some examples of how NINEEIGHT evokes this: through physical/vocal repetition that manipulates meaning and relationship, through the act of seeking something previously tangible/experienced but is no longer, and through dramatic shifts of scene. 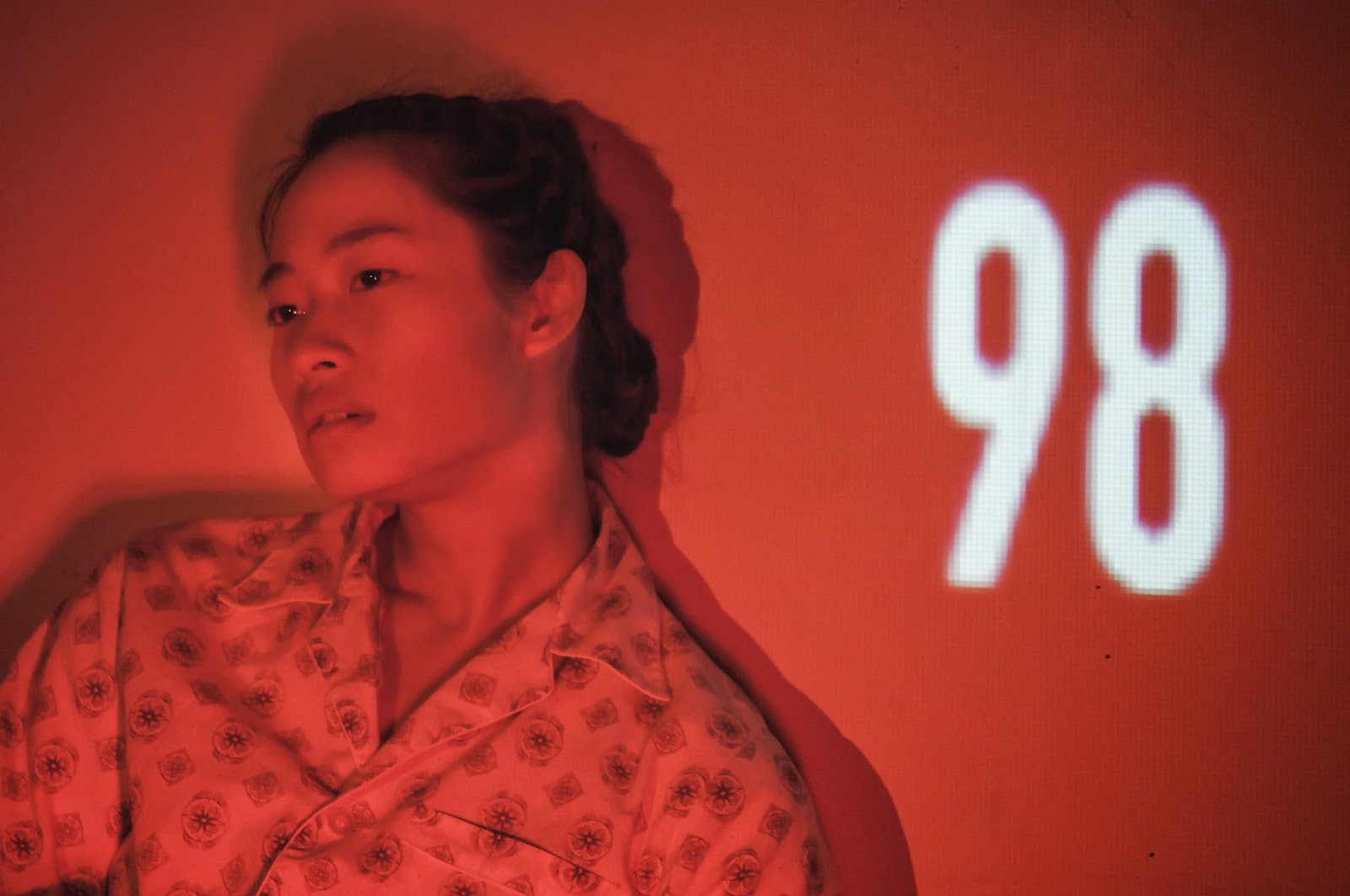 LR: As a team of collaborators you all met at university — how did you know you were a good match for collaborating?

NG: I think that question never crossed our minds, which was why we knew it was a good thing in the making. We found that the three of us had similar formal and conceptual curiosities that we wanted to explore through our art, so the company came together quite organically. 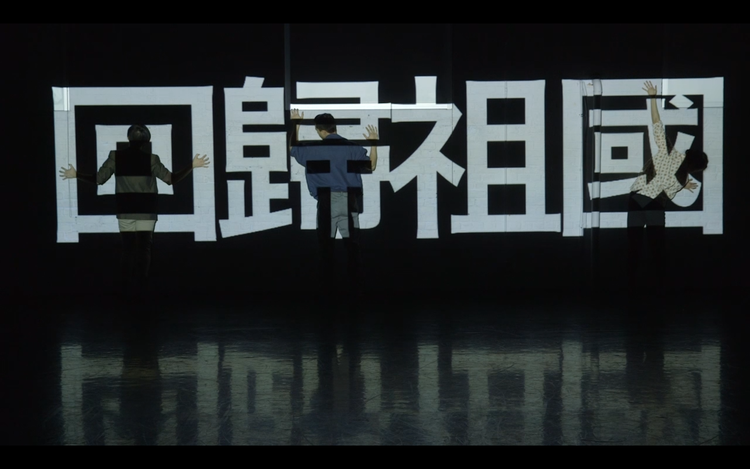 LR: This is a question I’m asking everyone i interview this year: can you tell me about one performance you saw that was a game changer for you? one work that shifted your approach to dance/creation/performance? who was it, when, where, why did it impact you or change you?

NG: There is a two-year research project called Migrant Bodies that has brought five choreographers together to travel around the world for residencies in different cities, to research and reflect on migration. When the group most recently stopped off in Vancouver last month, I had the privilege of watching a solo that Lee Su-Feh presented in the theatre lobby of the Scotiabank Dance Centre, on a bed of cedar branches. I could write extensively about how this work affected me, and it could get very ethereal and spiritual...but to answer your questions as plainly as possible, her solo impacted me because of how honest I felt each gesture was, how poetic and painful the content was, and how nothing about it felt like a performance. Instead, it felt like Su-Feh had invited us all to experience something together. It was achingly personal and universal. It made me feel homeless and worry about the salmon.