April 23, 2015
Lee Su-Feh is a Canadian dance force. A choreographer, a teacher, a dancer, a dramaturge, an innovator, she has been rocking the Vancouver dance realm since 1988. Cofounder of battery opera with multi-disciplinary artist David McIntosh, Su-Feh is a fiercely intelligent, fiercely gripping performers. And she'll be here next week with CanAsian Dance Festival 2015. Don't miss her. 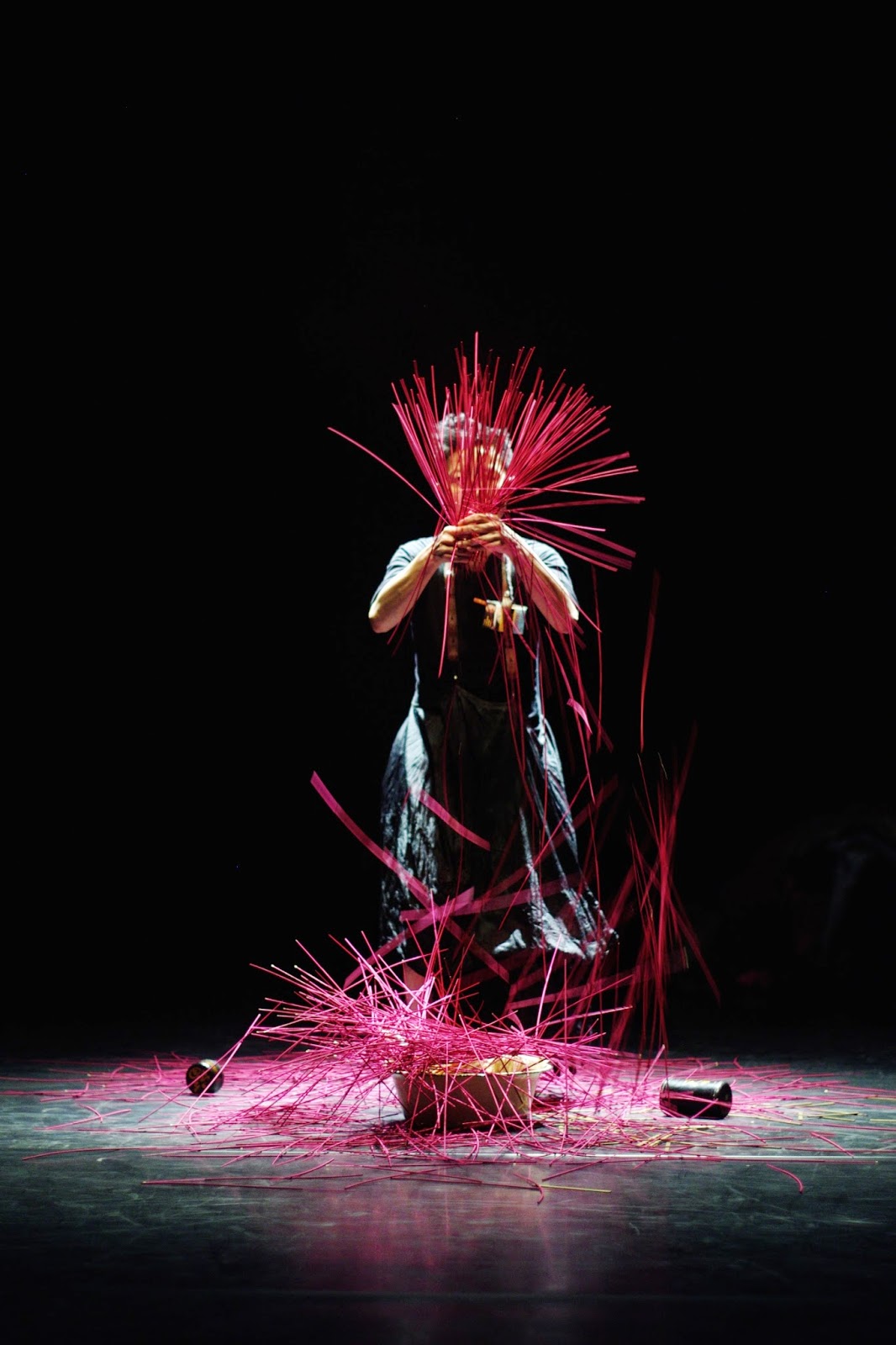 Despite a hectic time for her, Su-Feh was gracious, frank and wonderful in answering my questions.  I am inspired. I hope you are too.


Lucy: You have referred to the dancer as activist not object. I am curious: how do you make this happen? What steps do you take, approaches, goals, physical or psychological tactics realize this goal?

Su-Feh: A fundamental tool I use is the eyes, the gaze. On a concrete level, I, the dancer, must ask myself, what do I see? Do I see the room I am dancing in, do I see the colours in this room? Do I see the shapes? Do I see the other people in this room? And do I see them seeing me? This puts me in quite another space than merely being seen, being defined by the gaze of another. When I take responsibility for my own gaze, my body has more agency. Immediately, I am confronted with my own humanity and the humanity of the other.

The other tool or guide for me is to be in touch with my autonomic nervous system, to be in touch with the wisdom of that -  the needs and wants of my biology, the rhythms that come out of that, the self-correcting, self-regulating wisdom of that. Reflecting on and interrogating pleasure is part of that. Allowing chaos into my experience, not managing my sensations or my breath is part of that.

Lucy: How do the concepts of displaced cultures and socio-political history figure in the work you are bringing to CanAsian Festival?

Su-Feh: This solo was actually a commission in 2010 from the Dance Centre and the Canadian Music Centre in Vancouver. I was given the piece of music by Barry Truax to work with which I, at first, found incredibly annoying. After struggling with it for 2 months, I finally had a meeting with Barry and asked him to talk me through it. As he talked about how it was inspired and based on the I Ching I found myself making secret giant eye rolls, thinking,  “OMG white guy Taoist Tourist”!  But very quickly I realized that even though I smugly consider myself a Taoist, I myself am a Taoist Tourist.

Because I grew up in a Chinese Catholic family in Malaysia (already, a few layers of displacement right there) where Taoist rituals were something my grandmother, in an effort to cover her spiritual bases, would sneak off to do. They were a part of my childhood, but they were seen as superstition, sinful, taboo.

As an adult, my understanding of Taoism comes from reading English translations of classics and from practising martial arts. So, really, not that different from a white person. I decided to embrace the tourist in me, went to Chinatown and bought a bunch of ritual objects and surrounded myself with them. What I found was that by listening to the objects and how they demanded to be moved, if I gave in to the authority of the objects, I could learn a great deal about my body. I learned that what I had previously thought of as minor superstitious expressions of Taoism actually held lessons for embodiment and a meditation on time and space. 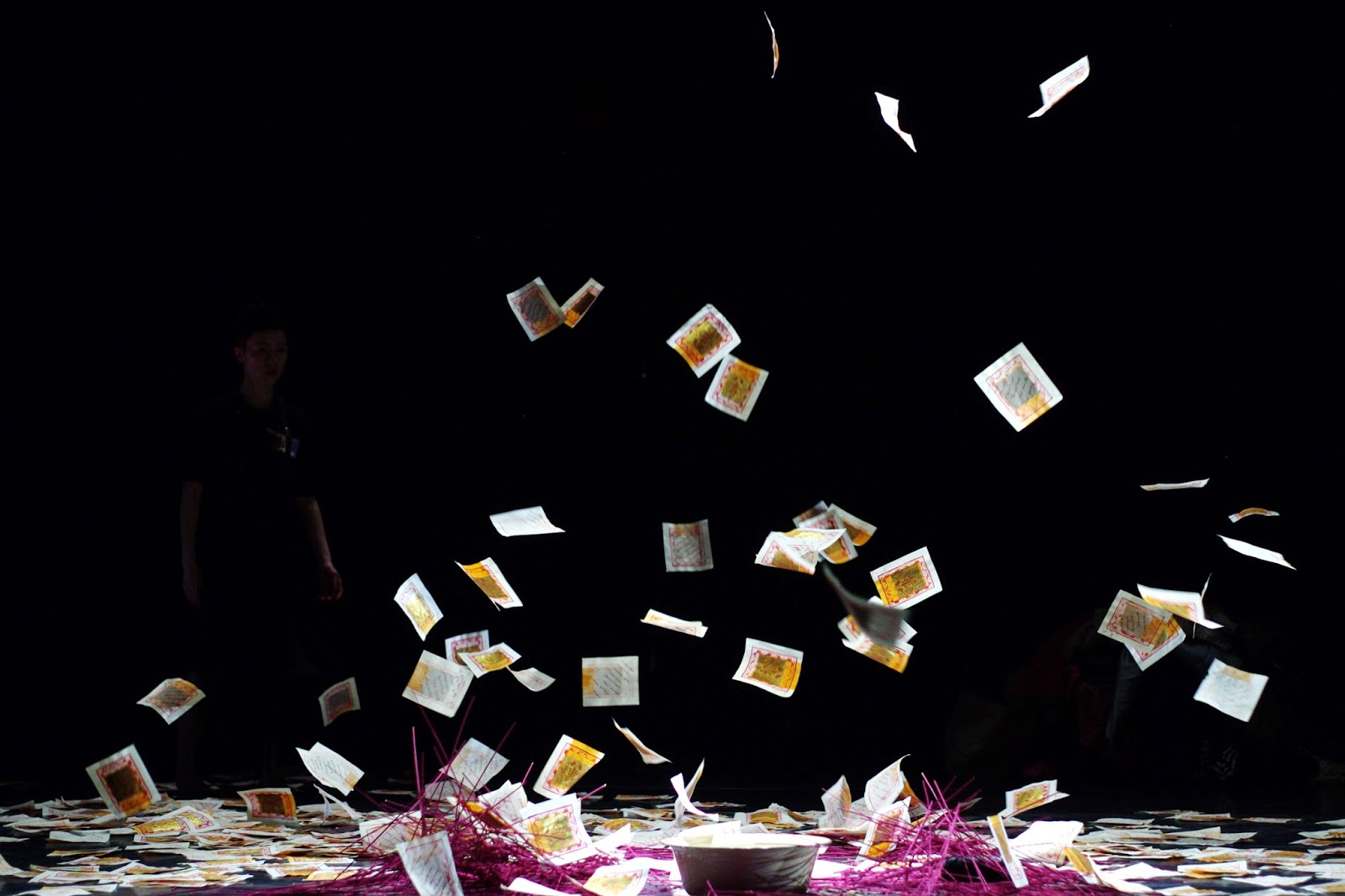 The other part of this solo is the fact that on every piece of paper in the piece, I have written a message acknowledging my ancestors and the ancestors of the indigenous people on whose territory I am dancing. This is part of my interest and quest to understand my role as an immigrant in the settler-colonial state that is Canada, to find language towards a decolonizing effort. At the moment, my work is simply to find ways to acknowledge where I am. So that it becomes part of the protocol of making work on here.

Lucy: Do you access personal or biographical details in your work or does the personal arise in a more abstract way?

Su-Feh: Often, yes. I access personal stories - say, about my childhood, or about my relationship with loved ones. Although in "Everything" [the work Su-Feh will be performing in CanAsian Dance Festival 2015], it is a bit more abstract - it is mostly my politics and spiritual life that are expressed. Those things are personal too.

Lucy: Paraphrasing from your description of "Everything"--connecting the who and the where in dance (e.g.: what the dancer is carrying and the surface she dances on) — how have you connected these in your self?

Su-Feh: Performing this solo requires a number of things: one, I need to actually find out whose territory I am on (so in Toronto, for example, it would be the Mississaugas of the New Credit ); and also, it requires a few weeks of writing over and over again the names of that first nation - that’s about a few hours everyday of writing. This puts me in a kind of a prayer state. But it also inscribes in my body a different way of knowing history and geography.

Some years ago, I found myself wondering why it had taken me 20 years to actually learn the names of the First Nations on whose land Vancouver is on - the Sḵwx̱wú7mesh, xʷməθkʷəy̓əm and Tsleil-waututh. Part of the reason is that we don’t see or hear those names enough, though we see and hear the name of the colonizer Captain Vancouver all the time - certain histories are privileged over others.

The other part is that our understanding of geography is often a European one - determined by 2-dimensional maps that propose clearly defined fixed borders, implying ownership and control. We have forgotten other ways of understanding land. Glen Coulthard said recently in an interview that “Land is a relationship based on the obligations we have to other people and the other-than-human relations that constitute the land itself.” This is mind-blowingly inspiring to me - it can be seen as a manifesto for choreography; and I am constantly trying to learn what it means, and how I can live and work with this in mind. 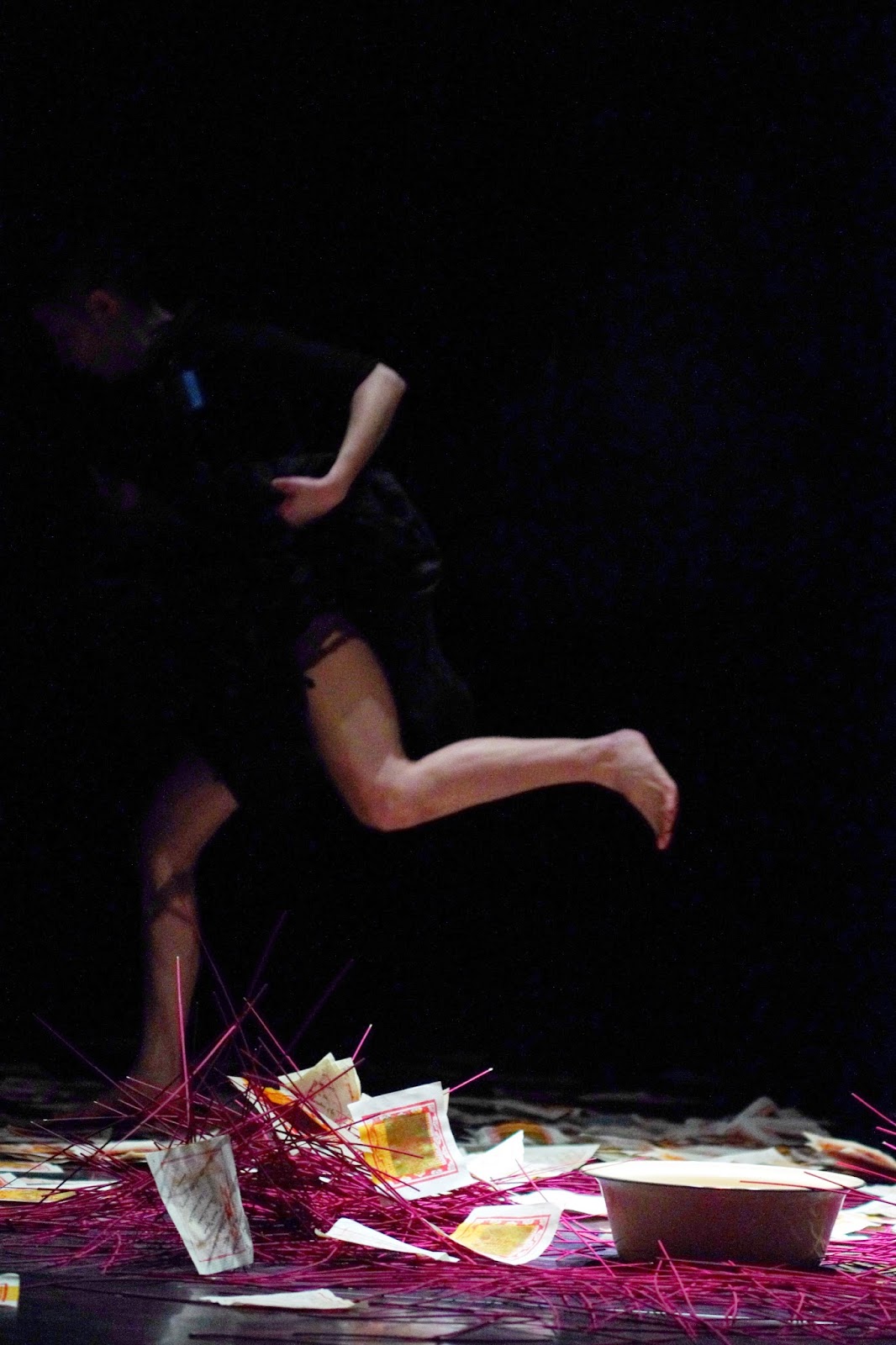 Lucy: That quote actually gives me chills. Strikes a deep chord with some of my own dance projects on the go right now...the  "other-than-human relations" are giving me a real sense of artistic purpose. What keeps you inspired?

Lucy: Could you tell me about one piece of choreography or performance that changed you and/or your approach to your own art work? Who was it, where, when, why did it move you?

Su-Feh: Last year, after years of wanting to, I went to a potlatch for the first time. It was a 2-day affair driven by Chief Bobby Jo of the Namgis in Alert Bay, BC. The potlatch itself was amazing. I felt very privileged to have been there. But the thing that really stuck with me was the day after the potlatch.

I was privileged to have been invited to go on a boat with Chief Bobby Jo and some other people. Conceivably, we were to partake in a ceremony to throw copper coins to the whales - a ritual to ask for blessings from their ancestors. But it wasn’t whale season and the chances of seeing a whale were really slim. Yet we all went out anyway, riding on the charisma and generous spirit of Bobby Jo.

In the end, we did not see any whales and no copper was thrown; yet everyone got off the boat later that day feeling like we had experienced something wondrous and special. And it was because of the Chief’s sense of presence - his availability to everyone there, his availability to what people could offer - their suggestions, their skills. I saw him BE with everyone in the most casual and gentlest of ways. I saw him invite people to share wisdom, songs and stories. His sense of timing, his clarity of purpose mixed with the uncertainty of nature, human nature - chaos, really. I saw him create a CEREMONY out of nothing, it seemed. And I decided that that was what I was going to aspire to as an artist: create ceremony.

photos by Lee Su-Feh by Yvonne Chew,  courtesy of the artist and CanAsian Dance Festival