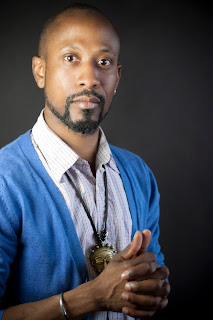 He's also feature #5 for Dance TO Showcase. Programmed by Dance Immersion for the upcoming showcase performances at Harbourfront Centre, KasheDance is ambitiously and honestly run by this force of nature. 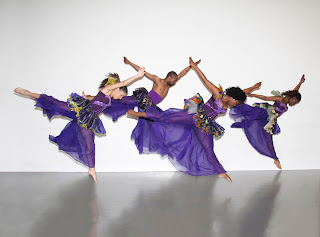 
LUCY: Why did you want to start your own company?

KEVIN: I formed my company after returning from dancing with Garth Fagan Dance in New York. I wanted to explore another creative side of myself after feeling I hadn't reached my full potential back in Toronto. One thing I can say about the formation of KasheDance is that artistic succession planning should not be an after thought or seen as a challenge to an existing arts organization. It can offer new approaches and breath more life into an organization.  I formed KasheDance in April 2009 and launched the company at a dance Immersion In Studio Presentation at the National Ballet School.

LUCY: What is your dream project?

KEVIN: KasheDance and its overall is development is my dream project but there are many other smaller projects that supports that dream. Currently, one project, Reimagining TPM will be exploring the idea of (1) time (2) place (3) movement especially in the Canadian context.   Reimagining TPM will look at a technical codification for KasheDance based cultural nuances and is importance to technical forms that the company uses in training and performance.

It will be conceived to follow the company’s “Sankofa Principales” which asserts to understand where one is going one must always look backward taking into consideration the past. I am curious about where cultural nuances of the African Diaspora arrive in contemporary dance expressions. To do so I want to physical explore and research in the Caribbean, Latin America and West Africa; affirming the concept of the Sankofa principles. It’s really about honouring time, place and movement. 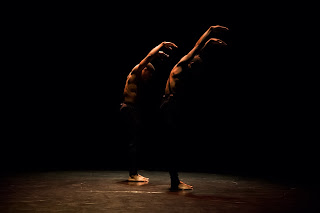 Consecutively, I along with two artistic team members of the company will be creating a work around  “Reimagining: time place and movement” schedule to be premiered in 2017. I particularly like the social and cultural currency of this particular work as Canada turns 150 years old in 2017.

For me it’s really about reimagining what Canada will be when a minority – majority shift happens in the next three years. All future dream projects involves collaboration for KasheDance this will be no different. I’ll be collaborating artistically with Ronald Taylor and Arsenio Andrade who are part of KasheDance’s artistic team and who also have long artistic history of performance in the Caribbean and Canada.

And touring across Canada and internationally wouldn’t also be such a bad thing huh? 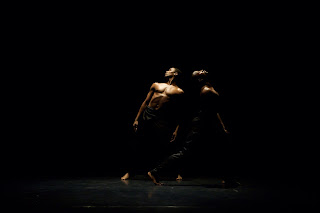 LUCY: Can you tell me a couple of things about yourself that  most people in the Toronto dance community might not know about you?

KEVIN:
1. I have been in the Arts since three and started at the feet of Jamaica’s national
Folklorist Louise Bennett Cloverley (Harbourfront’s Miss Lou Room is
named for her!)
2.  I also have a musical theatre background.
3. I can facilitate Liz Lerman’s Critical Response Process and I'm an Adjunct Artist with
the Dance Exchange which she created the same year of my birth (1976)
4. My passion for helping artists connect not only the artistic but the administrative /
entrepreneurial capacities of our practice. 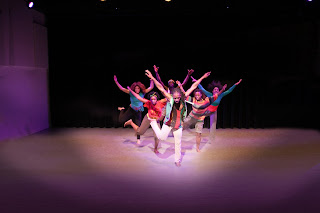 LUCY: What do you think that dance artists can do to improve the health of the toronto dance community? Not that it’s ailing, necessarily, just looking for ideas about how we grow better and better.

KEVIN: I would be very vocal to assert that we as a “community” are ailing because the dance community is not unified. It operates insularly and based only who knows who and not what is known. I would offer suggestions around diverse training for all artists. This can potentially allow practitioners to not only gravitate to the known but also the unknown, the interaction with the two could provide a more diverse set of interactions in the community. We need to place more emphasis on community, arts education practice as part of the overall community important to our development as individual and arts organizations.

We really need to make a better effort in knowing who is in the community and the skills for which collaborative practices, approaches and presentations can be fostered. 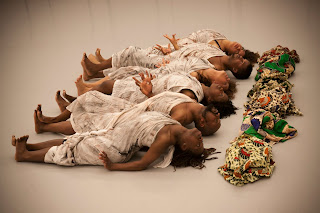 Also: further the inter-generational and mentorships between emerging, mid-career and established arts practitioners.

We need to truly develop the capacity to access dance based on artistic practice, how to provide feedback, support and develop a creative culture based on support, succession and legacy transference. The community will not thrive if everyone cannot feel welcome, supported and encouraged in it.

When I received the Victor Martyn Lynch-Staunton Award 2014 by the Canada Council for the Arts and the inaugural Toronto Arts Council Cultural Leaders Lab Fellow in 2015 I felt more grounded in the importance of continuing the work I do even though difficult at times. I now ask always as I did  “What do this mean? What do I do next? Who am I responsible for?” Increasingly, I am realizing that beyond being responsible for my artistic self, I am responsible for sharing, learning from and engaging a community of arts practitioners that is more connected than we think. 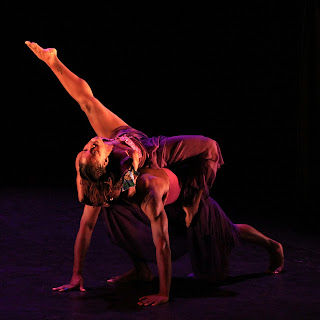 LUCY: Can you tell me about a performance that was a game-changer for you? Something you experienced as an audience member rather than a dancer/choreographer — who was it, where, when and why was it so impactful?

KEVIN: There have been many game changers. My experiences with Garth Fagan Dance, Dance Exchange and recently in Luminato's Apocalysis were all transformative.

Jessie Huggett of Propellar Dance perform at the Michealle Jean’s National Power of the Arts Conference. I was again moved by the importance and power of the Arts in the lives of EVERYONE. 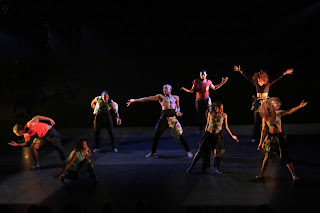 Wednesday September 30th at 2:15pm
Harbourfront Centre Theatre
Dance TO Showcase
admission is free for professional Toronto-based dance artists of all kinds when you RSVP to: info@dancetoshowcase.com

more about Dance TO Showcase and all the events happening Sept 28-October 1, 2015
www.dancetoshowcase.com

all photos courtesy of Kevin Ormsby/KasheDance