The world premiere of the NDN way, a Brian Solomon Electric Moose production is based on a 1974 radio documentary for the CBC program Ideas, which features an interview with a Metis-Cree man from Northern Saskatchewan, Ron Evans.

Starting each night at 7:00 pm is light breaking broken followed by the NDN way at 9:00 pm. For tickets and info:  http://www.nativeearth.ca/niimiiwe/

Between our very crammed schedules, creator-performer Brian Solomon and I managed to squeeze out a few questions and answers about his work the NDN way, premiering at Niimi'iwe TONIGHT! 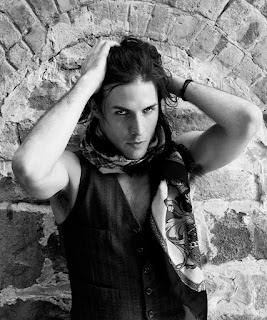 LR: So....your work is inspired by a CBC radio program from 40 some years ago. How did you come across this show? What made it a  launching point for you artistically?
BS: My friend Cindy Bisaillion had a 40 year career with CBC IDEAS as a radio doc maker.  She mentioned to me several times over the years that I may be interested in the first doc she ever made, THE INDIAN WAY, an hour long interview with a Cree man named Ron Evans.  As she was cleaning her house one day she discovered an old tape recording of the doc, we listened. it was amazing.  I’d never heard someone so succinctly speak on the vast indigenous concepts and beliefs he was speaking about in just one hour.  I said to myself, "I must recover this from the radio-time-vault. I must do something with this". 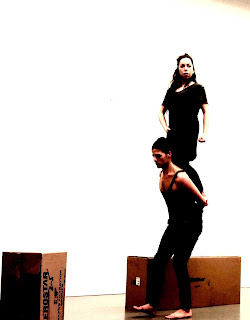 photo of The NDN Way by David Meinke

LR: And then, how do you translate a radio program into a dance or an embodied performance?

BS: Listening.
A lot of listening.
And eventually moving forward with the confidence to provide a visual scape (and an altered soundscape) to his brilliant words.

I don't think I've translated words into movement. I think I've created something that can accompany the words and teachings on a journey. 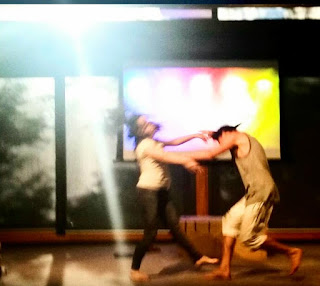 photo of The NDN Way by David Meinke

LR: I know so many people who've worked with Native Earth and rave about the company and I'm a big fan too, though I've never had the chance to work with them. How did you become involved in Native Earth? and what is that collaboration like for you?

BS: Native Earth has a vast history of presenting every type of indigenous art, from emerging creators to artists we now might consider pioneers of the forms.  Whether we know it or not, as indigenous performing artists on this land, we are all connected to the work and people that have moved through Native Earth.  I presented a workshop version of THE NDN WAY at Native Earth a year and a half ago.  Fostering the creation of new work is a priority for them. 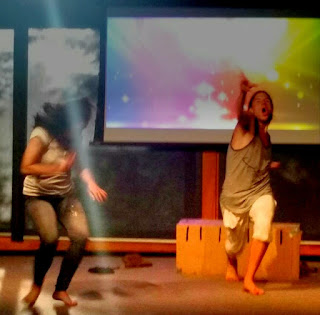 photo of The NDN Way by David Meinke
LR: I'm so glad they have helped foster your creation process. In 2010 we shared a production through my company in which you created and performed in a crazy-good and slightly subversive Rite of Spring. I've missed your voice in Toronto since then. Where have you been? What have you been doing?

BS: I'm now (loosely) based back in Toronto.  Over the past 6 or so years I've lived and worked abroad, mostly in the UK and Germany, as well as working and living in the west coast [of Canada].

My work has morphed from concert dance back to my roots in visual art and theatre -- I now work regularly between the three forms. I don't really like to think of them as all that different though.  They are all connected. They are all moving through me.  We should all feed the various interests we have in our lives.  I think you can see the influence of them all in my work.
LR: What are your dreams and hopes for future projects?

BS: To let them have their own lives.

I'll just keep following them wherever they take me. I hope I can honour the path of being an artist and a storyteller. 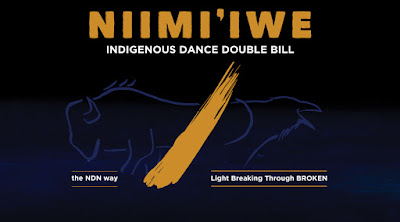