Do You Know....? Our Animal Vegetable Mineral composer Jascha Narveson

The sonic landscape is derived from field recordings of space events and species found locally. The sound of the earth rotating, screech owls, tree frogs, the crackle of the atmosphere.

Jascha's beautiful and curious music has been used in two other Blue Ceiling dance creations, 2016's dead reckoning, set to a 35 minute improvisation for computer and piano by Jascha and pianist Walter Frank, and 2012's Lament for Solo Computer, named for and inspired directly by Jascha' composition of the same name.

Below is a quick Q and A with this remarkable creator. Come hear is work in action this week in the High Park Nature Centre. 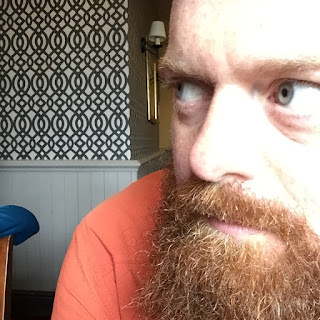 LR: How did you become a composer? was it something you always knew you’d do?
JN: I grew up in a very musical house, so composed music was kind of like air for me as a kid.  It didn't become clear to me that I wanted to pursue composition primarily until a couple of years into university, when my dabbling in composition courses led me to an evening seminar at Wilfrid Laurier Univeristy with a guest talk by Andrew Stewart.  Something about the way he talked about his own work, and the atmosphere in the room, and the feeling that I understood all these people, was an epiphany.  There was a long lead-up to that moment, to be sure, but I clearly remember leaving that night with my goals quite firmly altered.
LR: Who or what have been the biggest influences on your creative process and how?
JN: I've always worked by just messing around until I find a kernel of something cool or interesting, and then entering a prolonged period of working it out into something larger.  I'm not a "big vision" composer - it's very much feeling my way towards something.  I can't say that anyone was an influence in my working this way - in fact, I've had teachers try to get me to work differently, which seems like excellent advice, though I've never been able to follow it.
In terms of how I think about music, big influences have been minimalism, North and South Indian rhythm, and electronic music of all kinds.  There's also an entire childhood of growing up listening to chamber music rattling around in there, too. 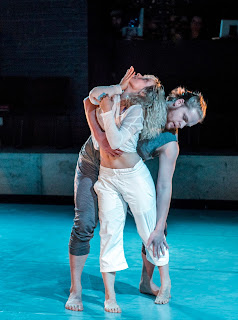 LR: What has been your path from Kitchener-Waterloo area to New York?
JN: I've always felt close to New York because my mom is originally from Brooklyn, and while I was growing up we made so many visits to see her parents and brother that it started feeling familiar.  New York really is the center of gravity for a lot of the contemporary composed music that I'm interested in, so I kept gravitating back to the area through grad school - first an MA at Wesleyan and then doctoral studies at Princeton.  Falling in love with and marrying New York composer Lainie Fefferman pretty much sealed the deal.

LR: What is the most bizarre project you’ve done?
JN: I made a sound installation once for the old Issue Project Room space in Brooklyn, back when they had a 5 x 3 array of speakers hanging from the ceiling.  I thought it would be fun to set up microphones inside a coffin in the same 3x5 pattern, bury the coffin while recording, and then play it back over the speakers.  To do this, I scrounged up a wooden box from a building owned by an eccentric pack-rat in downtown Brooklyn, and then buried it in the back yard of a very accommodating person up in Greenpoint who I'd met a week or so earlier.  It was a very hot day, and Lainie and I spent the afternoon digging, burying, and exhuming this box.  For the show we had everyone lie down in the dark under the speakers and listen to the slow 20 minutes process of burying the box.  It sounded fantastic.

LR: What is your favourite project?
JN: I don't think I can answer that...

LR: How did you approach making sound for Animal Vegetable Mineral?
JN: The field recordings you sent me were a a great place to start.  These days I always start by pulling up my favorite synthesizer software in a boring default setting and sculpting sounds from scratch.  As I shape the sound into something interesting patterns start to suggest themselves and music flows from that.  In the case of AVM, I was working on the sounds while keeping one ear on the field recordings, trying for combinations that felt natural and suggestive. 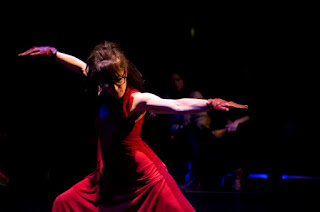 LR: Is composing for dance a different process for you than for other purposes — or even selecting music to offer dancers/choreographers — I remember that fantastic collection of music you sent to Lisa Pijuan-Nomura and I when we were working on a collaborative process…I thought there must have been an internal logic to how you picked those tracks for us….
JN: Composing for dance IS different than composing for, say, a chamber music ensemble or soloist.  This is mostly because my music for dance has is entirely electronic, which is a whole different mindset and way of working than writing notation for musicians.  I also like having a collaborative back-and-forth with dancers - there are different demands in terms of pacing that are fun to accommodate.  I also like that the music I make for dance is an accompaniment role - not being the sole object of attention frees me up to focus on mood and atmospheres and more slowly evolving textures than I'd normally feel comfortable with in a straight-up concert setting.
ANIMAL VEGETABLE MINERAL
at the High Park Nature Centre
April 20-22 at 8pm
optional pre-show hike at 7pm
375 Colborne Lodge Dr
(just inside the Bloor street gates to High Park)
Tickets $25 + $5 for the hike 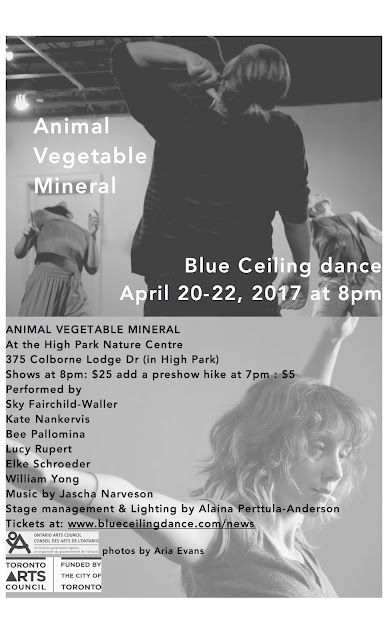