Madhur Anand: the complex systems of poetry and ecology

Dr. Madhur Anand is a Canadian poet and a professor of theoretical ecology at the University of Guelph. Her topics of research include coupled human-environment systems and forest and forest-grassland mosaic ecosystems, and especially how sources of stress and disturbance, such as agriculture and climate change, impact these ecosystems across different spatial scales and time scales. She uses simulation modelling, statistical tools, dendrochronology, and other observational methods. Her two poetic books, "A New Index for Predicting Catastrophes" and "This Red Line Goes Straight to Your Heart" have been nominated for awards and included many "best books" lists.  Her publications in science and poetry are too numerous to cite here, so read more about Dr. Anand here:

https://anand-lab-globalecochange.uoguelph.ca/
and here:
https://www.penguinrandomhouse.com/authors/259994/madhur-anand/
Having read both her books since our interview in the spring of 2020, I can say with unabashed enthusiasm, that they are distinct, exquisite, beautiful and heart-ful. Please read on: the divide of science and art in schools, the mystery and necessity of art, the love of rigour and mystery required to be a good artist and a good scientist. 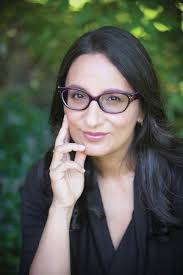 photo of Madhur Anand courtesy of Random House
Lucy: I remember last spring (2019) we happened to sit at the same table at the Wooly Pub after you attended Fujiwara Dance Inventions' performance at the Guelph Dance Festival. You and Denise (Fujiwara) were having a lively conversation. I was so tired and feeling too shy to participate. So I’ll start by saying I’m sorry I didn’t meet you properly then! Denise sent me your contact info when we got back to Toronto and said, “You should talk to her for your art and science research!”
Madhur: That was such a lovely evening.
Lucy: It was. I read your book of poetry, “A New Index for Predicting Catastrophes” yesterday.  I just loved it. I was like a little forest creature digging or burrowing into it.  I had never heard this fantastic term before: theoretical ecology, your field in science. Maybe this is a starting point…
I have read a lot about theoretical physics, so I have an idea as to what theoretical ecology might be. You probably work with models that simulate and predict ecological possibilities or outcomes rather than working directly with what is happening in the present.
Madhur: Yes, that’s pretty close.
Lucy: So how did you get from being, let's say, a 13 year-old girl to being a theoretical ecologist?
Madhur: It’s a long story and I don’t know where to begin. But let me begin by showing you my new book which just came out. I touch on that question in the book. One side of the book is about my parents and one side is my voice, my stories. 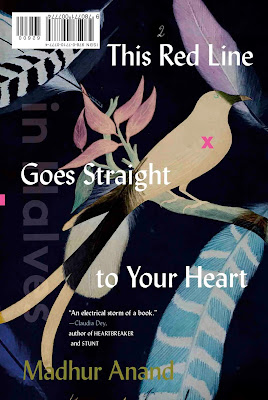 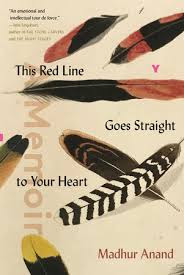