December 02, 2017
Monday is traditionally dark night in the theatre but this Monday, December 4th Dancemakers will be lit up with Screen Moves, an enterprise of dance films made specifically for the event.

Conceived by the RT Collective and presented in collaboration with Dancemakers, Screen:Moves invites 20 artists from across Canada to create original short dance films for this one-night-only program.

Here's an interview with the RT Collective's Chris Dupuis and Dancemakers' Amelia Ehrhardt,  as well as Nova Bhattacharya and William Yong, artists whose work will be featured in the event. 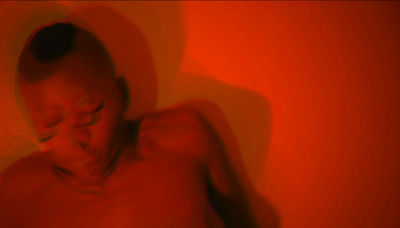 LUCY: I am wondering how the idea for Screen Moves evolved? What sparked the need to make it happen?

CHRIS: Screen:Moves was initially conceived by Marcin Wisniewski and myself (who run the RT Collective www.rtcollective.ca). The company was founded in 2013 to present screenings, exhibitions, workshops and panel discussions centred around contemporary media arts practices. My own background is in performance, and so I had been interested in taking the platform we've established and using it as a way to start a conversation with artists working in that field.

Instead of having artists send works they've already made, artists submit proposals for new projects they want to make, and we select from those proposals to curate the program. While this is a very normal way to operate in the performance field, it's highly unusual in the film/video/media arts world. Dance film/video is an art form that has very few platforms for presentation, and so creating a space where we not only offer artists the chance to show their works, but also stimulate the creation of new works in this genre, is beneficial to both the dance sector and the media arts sector.

On a personal level, I've also been interested in starting a conversation with Dancemakers and Amelia for a while, and so the project seemed like a good way to do that. 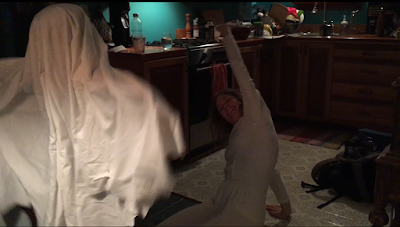 AMELIA: From a Dancemakers perspective, Screen Moves evolved out of a former program started by my predecessors, Ben Kamino and Emi Forster. We cancelled it temporarily last season with the idea that we would pick it up again it the right partner came along, so I was thrilled when Chris approached us. More and more I feel that dance artists are looking for alternative ways to present their works, and as theatres get more expensive and digital media gets cheaper, the answer is obvious. 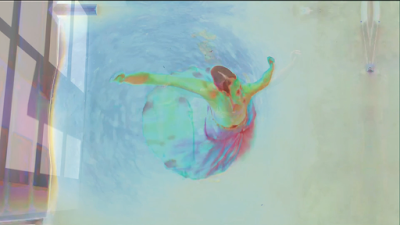 LUCY: How was the selection process? What were keys  to deciding who to program?

AMELIA: For Dancemakers we're really interested in artists trying new things - either for themselves, or trying to find new things for the form. So working with people who were pushing themselves or audiences was a priority for us. These kinds of programming decisions are always difficult....

CHRIS: Open calls can generate so much unpaid artistic labour, with people sending out proposals to different places all the time, in the hopes someone will offer them a shot.

AMELIA: I think about this a lot, and how odd it is that people in positions like mine get paid to read the applications but artists who produce applications might not even get paid if they get programmed. 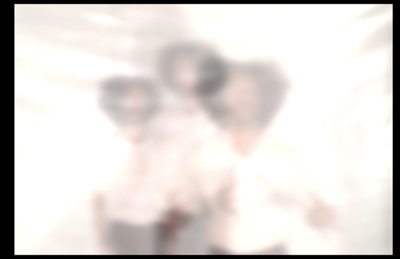 CHRIS: You get so many amazing proposals that you have to turn down because you don't have enough money to support them all. In terms of selecting proposals, it was a three-way conversation between Amelia, Marcin, and myself, where each of us had certain proposals we were drawn to. Overall with the program, we wanted to feature a range of dance traditions as well as different approaches the medium of video.

One thing worth mentioning about the RT Collective's curatorial process is that each program we do is made up of a small number of pre-selected artists and then completed with an open call for submissions. This process allows us to forge relationships with new artists and build relationships with artists we already know. When we're making our pre-selection for a new program, some of the artists are always people who've previously applied to one of our programs, but whom we weren't able to offer a spot to. So being turned down for one program, definitely doesn't mean that we aren't interested in working with someone.

LUCY: Nova Bhattacharya, you were one of the pre-selected artists... 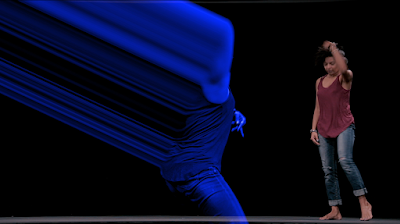 NOVA: The invitation created the impetus for me to do something that had been on "the list" for a long time. It gave me the opportunity to put something out there that had a dancer of colour, working in a form of dance that resonates for many Canadians descended from the South Asian diaspora.

LUCY: Tell me a bit about your contribution to Screen Moves -- what are you exploring, how does it fit with your overarching artistic vision? 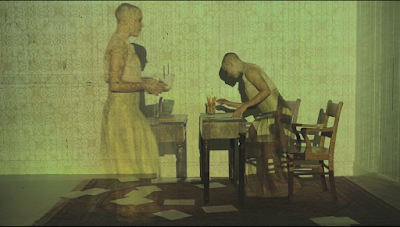 LUCY: And William, what about you? what brought you to Screen Moves?

WILLIAM: I love the idea of showcasing dance and movement in a film and show it in a movement-themed film festival. I have performed or choreographed in many dance films. When I was presented with this opportunity, I knew it would be a wonderful film-making practice for me to make another dance film.  I used to love a film festival called Moving Picture Festival but it folded many years ago. I miss it terribly. I am excited what Screen:moves has to offer.