April 07, 2015
The legendary Natsu Nakajima joins CanAsian Dance Festival this year. Not only is she a mentor of festival artistic director Denise Fujiwara, she is also an artist who was at the forefront of the development of butoh dance in Japan. 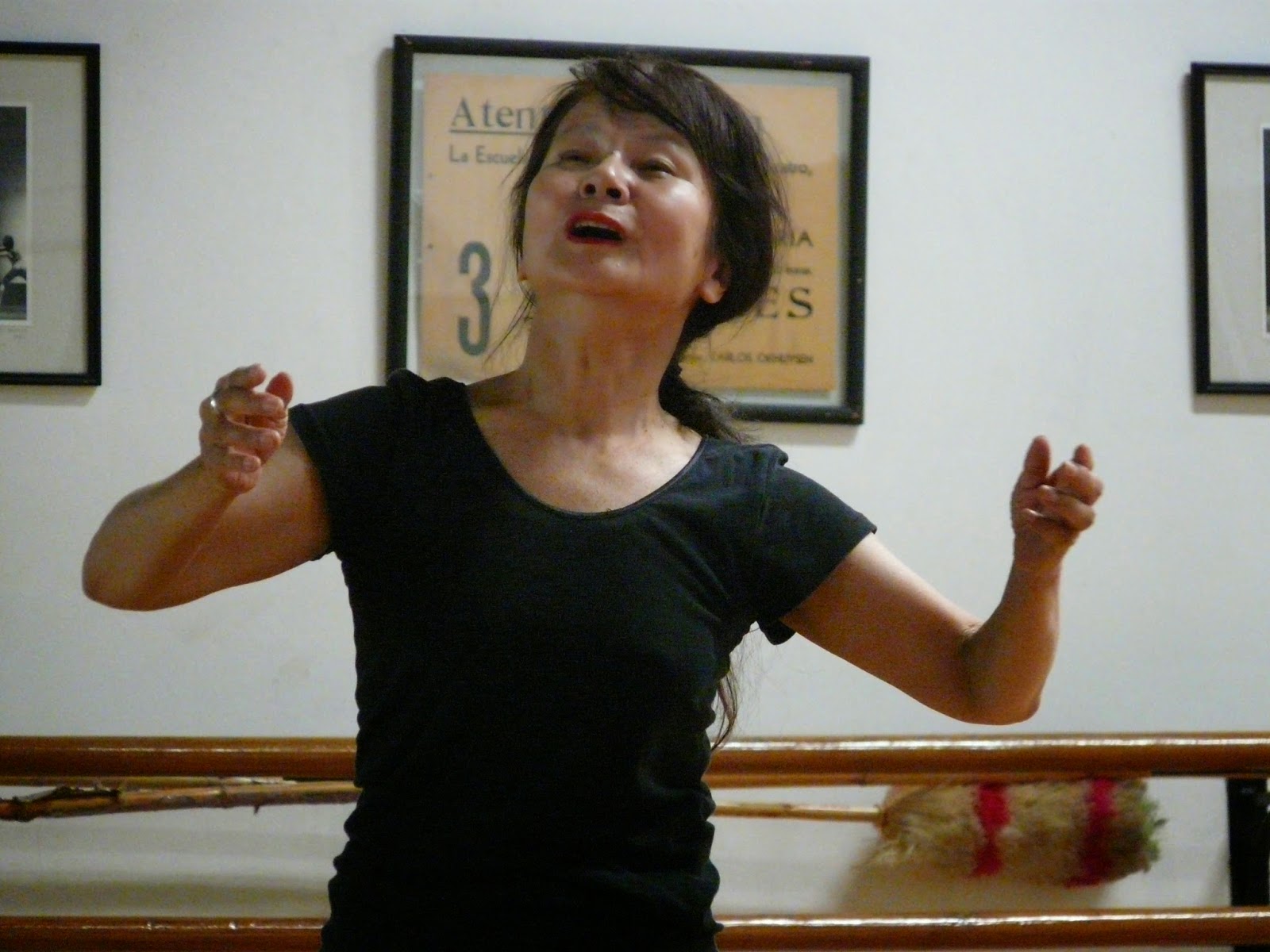 Butoh evolved in Japan post-World War II in a movement that vehemently rejected both classical dance forms and dance that imitated western forms in order for Japanese artists to discover what their own art could become.

In the politically charged times of the 50's butoh emerged through the minds and bodies of Tatsumi Hijikata and Kazuo Ohno. Hijikata is credited with conceiving the name "Ankoku Butoh", dance of utter darkness. Later the shortened term Butoh became more common as other artists began to dance and perform from this approach. 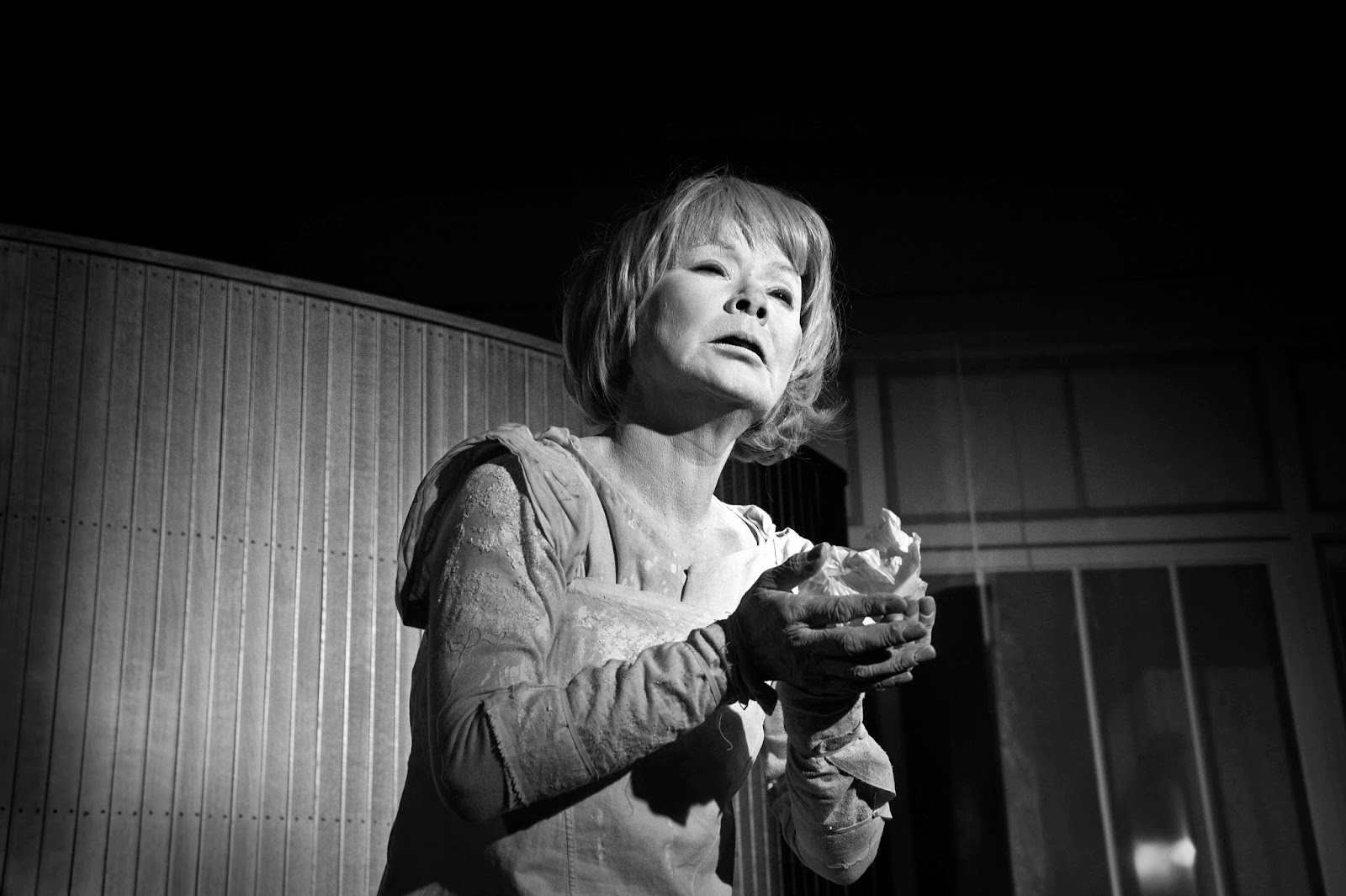 The team of Hijikata and Ohno, sometimes called "the architect" and "the soul" of butoh respectively, were undeniable in their hard work and drive to create something that could speak in a different language than dance had previously. Their early work, particularly that of Hijikata, subverted conventional dance, revealing elements of darkness and decay, grotesqueness and taboo topics, playfully resisting definition. Both Ohno and Hijikata wanted dance that was more earthbound, more natural, more connected to the 'common man'. 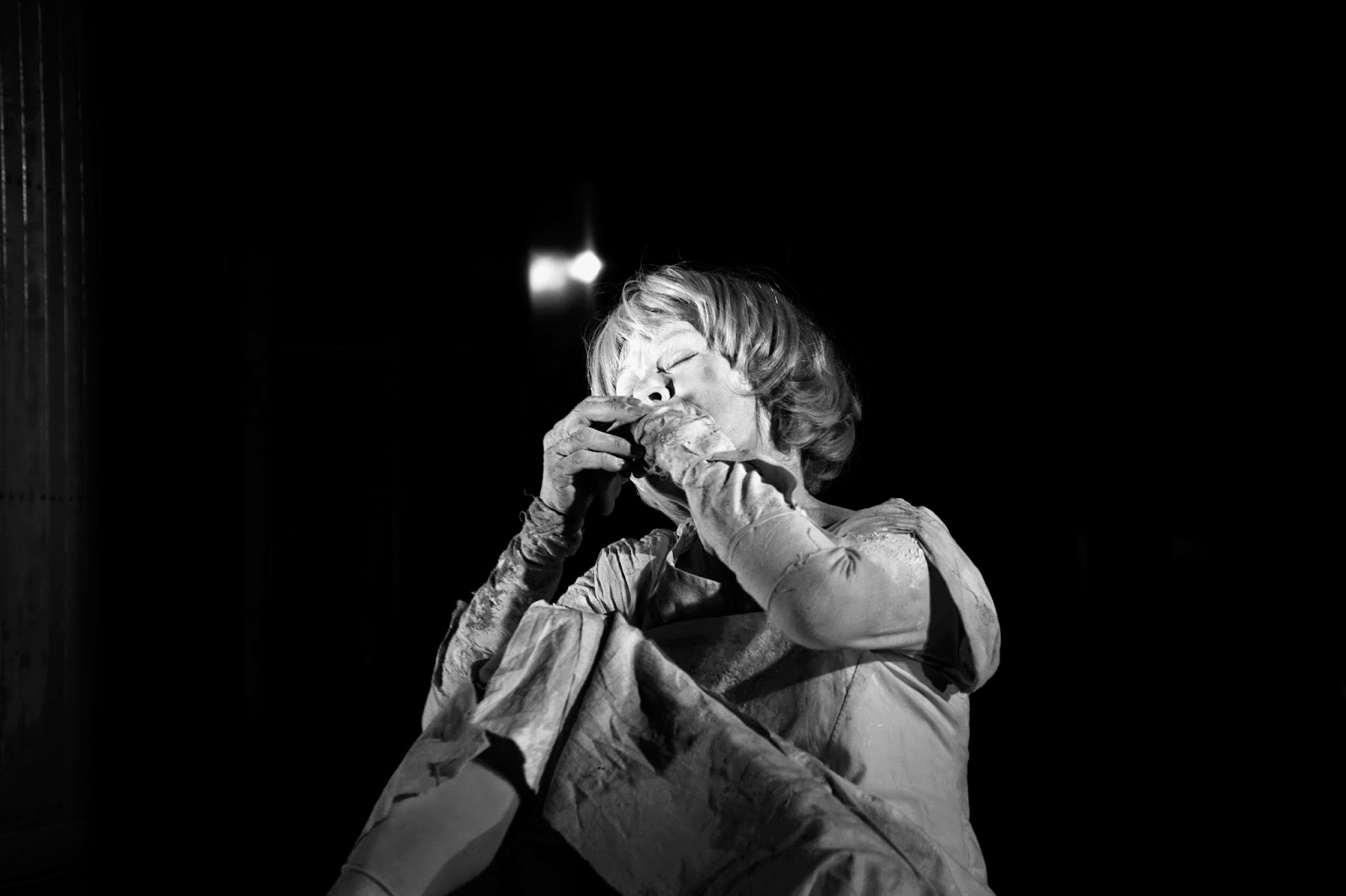 While shaking things up aesthetically and philosophically, the duo also began training dancers, which launched many butoh artists into spectacular careers. Hijikata and Ohno were known for individual approaches to teaching: Hijikata a technician and master of group work, Ohno working more individualistically.

In the early days of butoh, Natsu Nakajima was one of the first women to train in Butoh and worked under both Hijikata and Ohno. Since the late 1960s she has been a major force for butoh internationally, performing her own work and teaching around the world, from Australia to France, Israel to Mexico. She is a leader in working for dance and disability in Japan and has received accolades and awards too numerous to list here. She is a lasting and prolific connection to the founders of this powerful part of dance's development. Concert dance around the world has been impacted, effected by artists such as Nakajima bringing butoh performance and training far and wide. 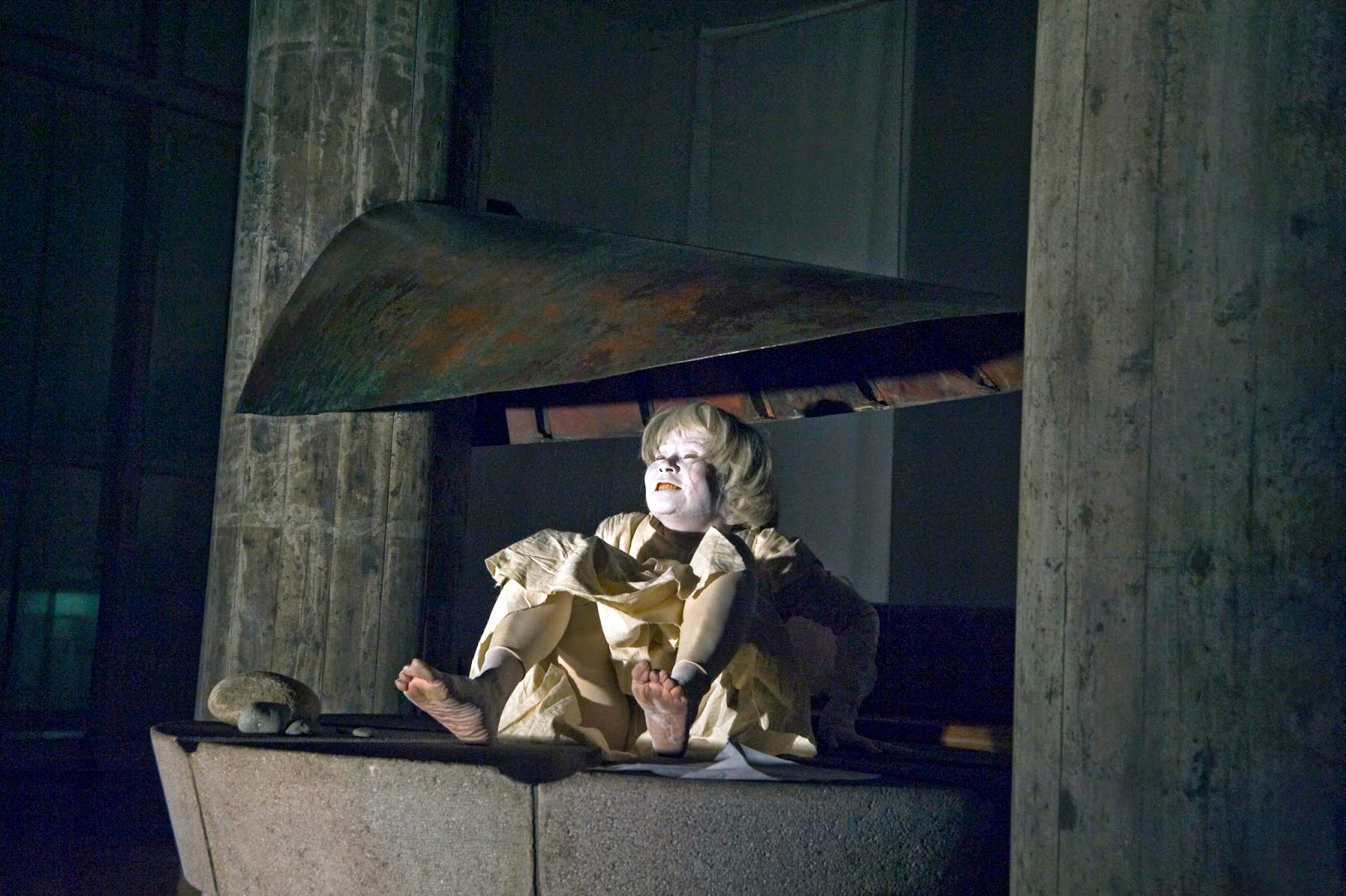 For this year's CanAsian Dance Festival, Nakajima brings "Like Smoke Like Ash", a work that holds the very act of transformation in its title.

From Nakajima's program notes on this work: 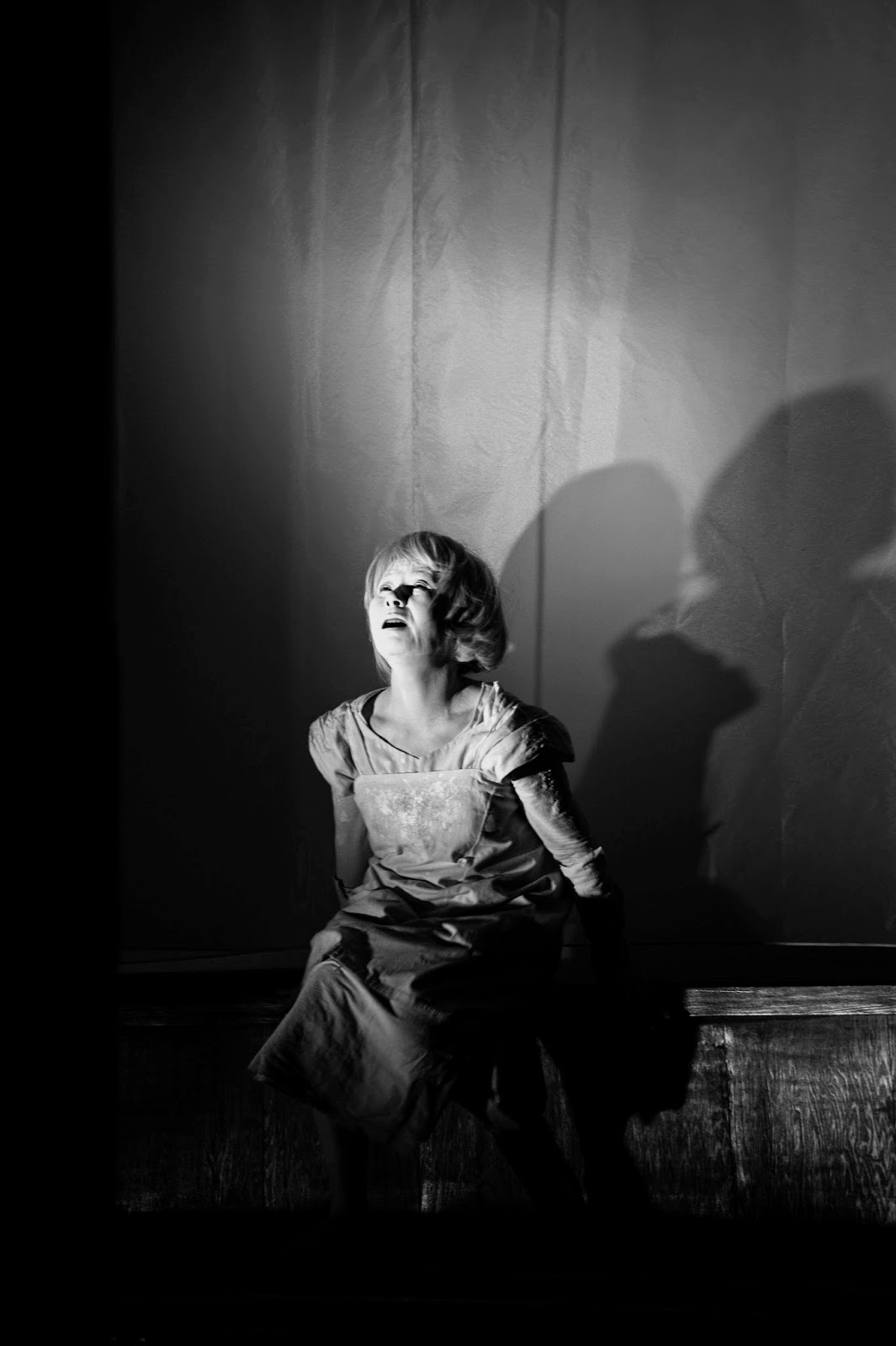 "The Japanese characters for ‘smoke’ (煙) and ‘ash’ (灰), both contain the character of ‘fire’ (火). It is as though they etymologically recall their material origin in fire, and visually indicate themselves as the next stage of transformation in the ‘life of fire.’ Hijikata would often tell his disciples to become ‘disappearing things, appearing things.’ ‘Disappearance,’ for him, meant more than simple self-erasure; it contained the element of something else. This structure of containment, with one thing harboring the possibility of another, might be termed a kind of ‘compound.’ Just like the ‘charcoal’ (火種) hidden in the embers of a dying fire. This is the way I learned to live and dance from Tatsumi Hijikata and Kazuo Ohno; it is the way I have danced my entire life..." 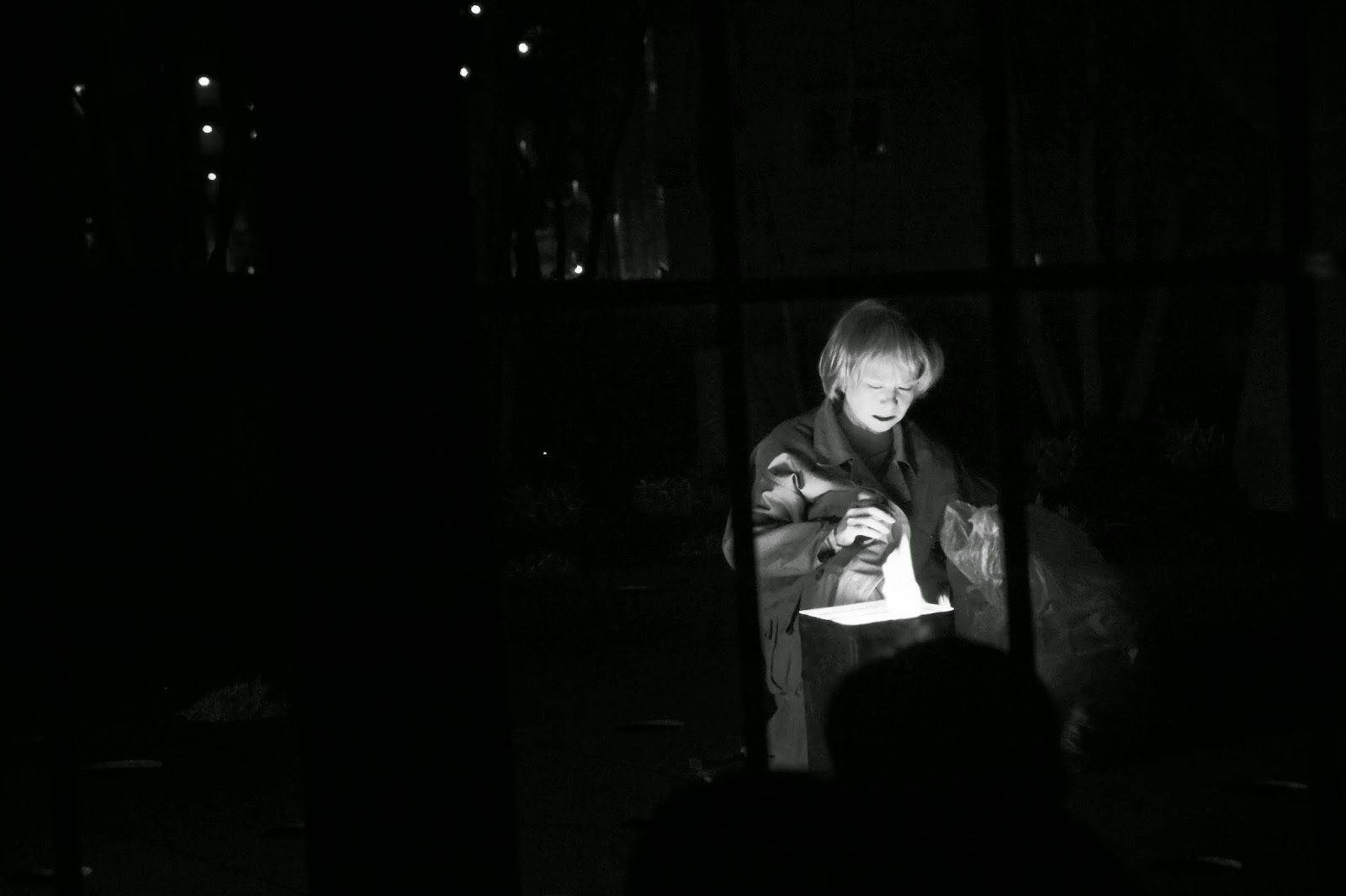 Of the many rave reviews of her work, I find this one from Marcia Siegel of the Village Voice in New York to give a clear sensation of Natsu Nakajima's "Like Smoke Like Ash":

"It's not an outwardly descriptive dance, but one in which the inner necessities seem to press the body into recollected shapes..."

We are lucky to have such a force of dance past and present in Toronto this spring. You can see her perform at CanAsian Dance Festival or take a Master Butoh Workshop with her. Either way you will be moved. 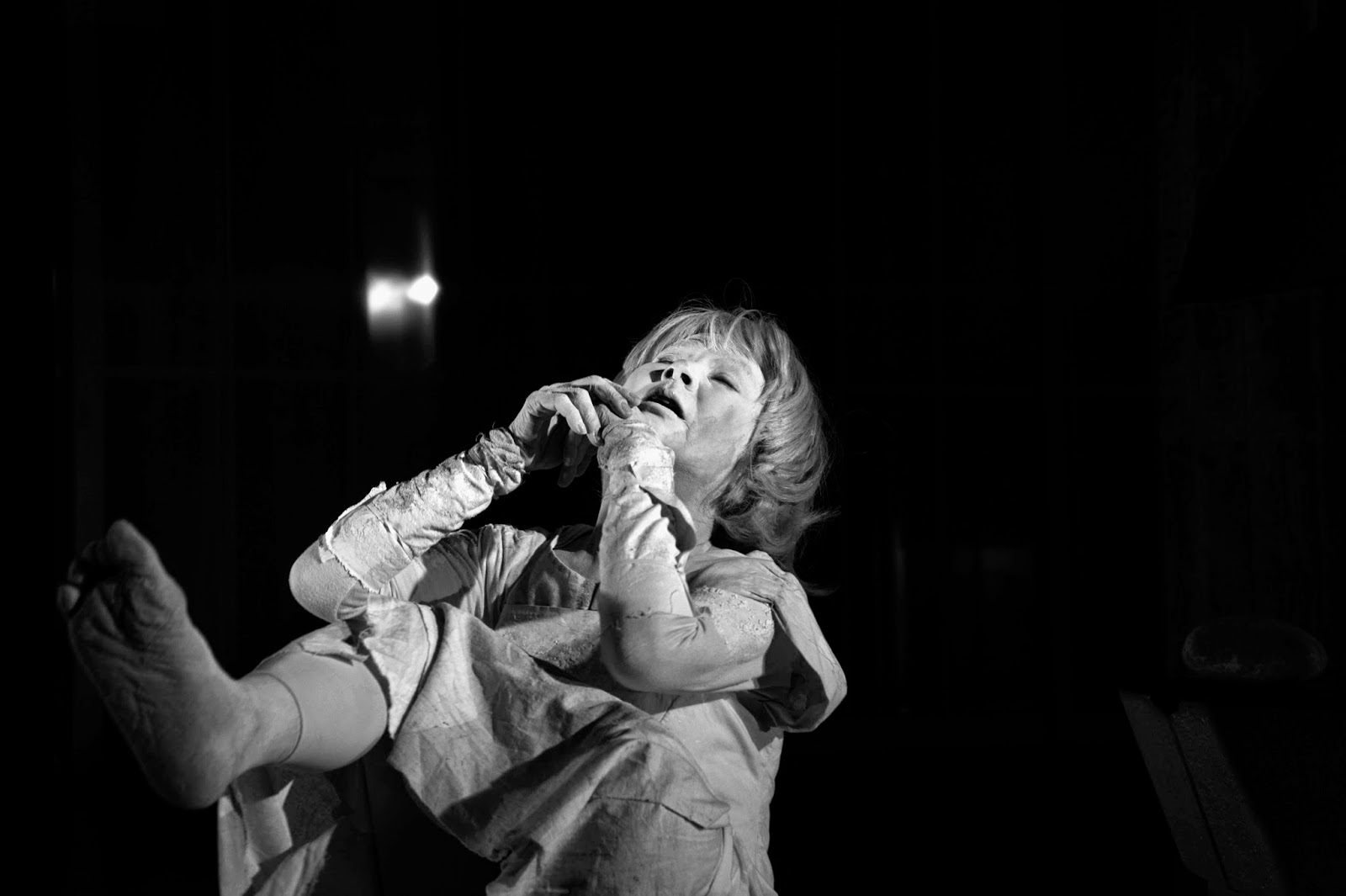 509 Parliament Street, Canadian Contemporary Dance Theatre, Studio C
Cost:  $250 ($225 for CADA members) or $90/day
Priority is given to those that can attend the full workshop.

all photos of Natsu Nakajima by Makoto Onozuka, courtesy of the CanAsian Dance Festival
CanAsian